Michelle Herman‘s most recent book is Close-Up, a novel. The author of three previous novels – Missing, Dog, and Devotion – and the novella collection A New and Glorious Life, as well as three essay collections – The Middle of Everything, Stories We Tell Ourselves, and Like A Song – and a book for children, A Girl’s Guide to Life – Herman’s essays and short fiction have appeared in The Sun, American Scholar, O, the Oprah Magazine, Ploughshares, Creative Nonfiction, Conjunctions, The Southern Review, Story, and many other journals. Her awards and honors include numerous individual artist’s fellowships from the Ohio Arts Council and the Greater Columbus Arts Council, grants from the National Endowment for the Arts and the Copernicus Foundation, the Donald L. Jordan Prize for Literary Excellence, the Devil’s Kitchen Reading Award, and two major teaching awards – the University Distinguished Teaching Award and the Rodica Botoman Award for Distinguished Undergraduate Teaching and Mentoring – from Ohio State, where she taught for thirty-four years and was a founder of the MFA program in creative writing. She also founded and directed, until her retirement from teaching in 2022, a graduate interdisciplinary program across the arts at OSU. She continues in her role as the executive and artistic director of an all-scholarship, in-residence summer writing program on the OSU campus for teenage writers.

A New Yorker by birth (and temperament) – born in Brighton Beach and educated in New York City public schools and at Brooklyn College and the Iowa Writers’ Workshop – she has lived for over three decades in Columbus with her husband, the painter Glen Holland. Their daughter, Grace, used to live there too, but she is long grown. (Her mother stays active in the parenting realm by offering advice to other parents weekly on Slate.)

When she isn’t writing or reading or dispensing advice, she’s generally dancing . . . or singing.

Find her on Goodreads

…and on Thought Catalog

and, with her longtime best friend Hula, performing as the duo Foreign Excellent.

Listen to The Harmony Project, a community choir of over 200 voices as well as an arts, education, and volunteer service organization in Columbus, Ohio – of which Michelle has been a proud member since 2011. “Swing Low” and “Signed, Sealed & Delivered” recorded on December 2, 2014 at the Ohio Theater. 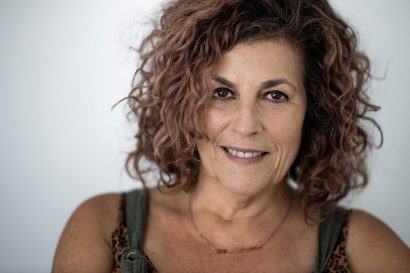