“Michelle Herman’s newest collection of essays invites you in for coffee, cake and a little karaoke….Convivial, honest and inquisitive, “Like a Song” prompts us to reflect on the meaning of our personal soundtracks.” – Columbus Alive

“A collection of six quietly transgressive pieces about music that ultimately asks, Why speak when you can sing?” – O

“Michelle Herman’s personal essays circle and swerve around their themes, weaving through time to create multi-dimensional sketches of a life coming into its current focus…observed with quiet humor, grace and an attention to detail.” – Columbus Dispatch

“Reading Michelle Herman’s essays is like sitting down with a friend over coffee and discussing life, love, TV, and parenting. She’s conversational and intimate….Like a Song is a delightful and intriguing collection….” – Heavy Feather Review

“As Herman guides us through her childhood in Brooklyn, her 20s in the Village, and her later years in Iowa, Nebraska, and finally Columbus, Ohio, we come to know her through her homes and lovers, her daughter and friends, but especially through her relationship with music . . . and by listening to the music that Herman herself  ‘sings’ within her essays, in a sense we readers are ’embodied’ by those songs—the rhythms, melodies, harmonies, and dissonances of her life.” – Literary Mama 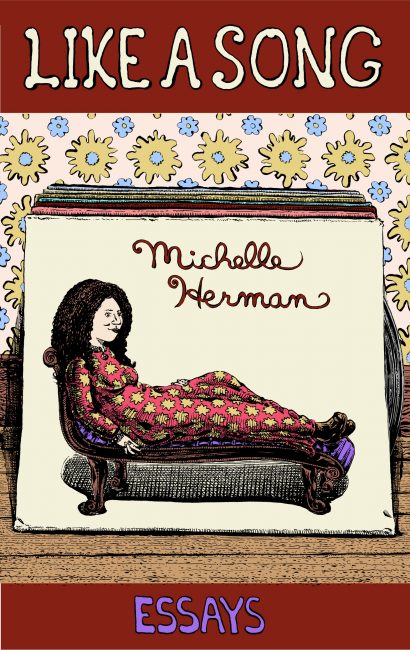