I am delighted to say that my novel Close-Up–about five interconnected people including a young sleight-of-hand magician and (the return of) the protagonist of my 2005 novel Dog, the lonely poet J.T. Rosen–will  be out in 2021 from DLJ Books, a new imprint, and has been awarded the first iteration of the Donald L. Jordan Prize for Literary Excellence to the tune of $10,000. I could not be happier about this! (No, well, maybe I could be: because the prize judge was Rosellen Brown, a writer I’ve admired for decades, and this is what she said: “Michelle Herman’s novel is one of those books I read in the full belief that its characters were real. No way could Caroline and Jacob not exist; their buoyant conversation, their predicaments, their struggles to grow up whole in the company of their infuriating parents, were too alive on the page to be merely constructed by this canny and sophisticated, tough and tender author. Her novel [is] both wise and smart….”) 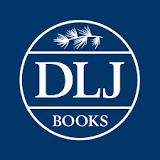