“The Darling” is in Ploughshares‘s autumn 2020 longform issue and is also available as a standalone e-book as part of Ploughshares‘ Solo Series.

Margaretta was sitting on the topmost step of her front porch, in a faded pastel-colored sun-dress, barefoot, elbows on her knees, chin in her hands—lost in thought, I surmised—when I first went to see her. Her husband was in the front yard, his hands on his hips, surveying the sky, where dark rain clouds were gathering from the east—where Margaretta was from, where I was also from. Neither one of them had seen me, coming up the walk. But they would not have been looking out for me—I was not expected. Margaretta had told me to “drop in sometime,” and when I’d asked her when would be convenient, she’d said carelessly, and gaily—charmingly—“Oh, any time at all! We’re always at home.”

The house was charming too: a pale yellow, dark blue-shuttered, weather-beaten folk house that, I supposed, had once been a farmhouse. It sat on a low hill on the outskirts of what had been a town for the last hundred years, ever since the university had come and transformed everything around it, or so I had been told—a century on, it was still a topic of conversation—by the broker who’d helped me find a house to rent near campus while I “considered my options,” as she put it. But I could not imagine I would ever want to own a house, or to live outside the little town, as she assured me that “most people” did.

I had just arrived from New York City, after giving up on a singing career (this was not how the college seemed to see it, and for that I was grateful). The rental house I settled on, with its square of front yard garden full of mint and zinnias, its patch of backyard, its four small rooms—two upstairs, two down, with a narrow staircase that led from the kitchen right into the bedroom—was as countrified as I believed that I could bear. (I did not tell the broker this when she brought me to see it, or to see any of the other houses on her list, all of them with yards and porches and porch swings and so on, for I suspected that she would abandon me if she did not think that her ministrations would someday lead to a sale—she seemed so certain that they would. And of course she was right and I was wrong, though it would be decades before this came to pass, and when I called the number on the business card I’d saved for all those years, I was told that she had died long before, and had retired long before that. Her eldest daughter—I was insistent, once I learned that she too was in this line of work—made the sale.)

It was a hot, thick afternoon, the flies nagging and teasing as I paused on the stone path leading up to Margaretta’s house. It seemed to me I might stand there all day without being noticed, all three of us motionless and silent. Then the husband spoke, though not to me, his eyes still on the sky. “Rain again. I knew it. I should have mowed this morning while I had the chance.”

“It’s all right,” Margaretta told him. “Don’t worry about it.” She said this lazily—indulgently—and without looking at him. It was hard to tell what she might be looking at, or if she were looking at anything at all. 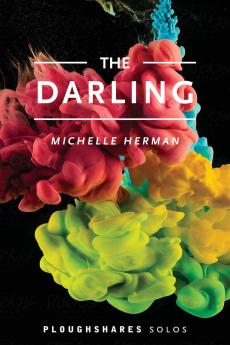